OpNews: A New Era of Shopping with Facebook Live

Also: Outbrain helps you market your app, Tabula helps you create more effective video clips and TikTok is the most popular girl at prom. All the digital news of the week

The COVID-19 was a significant catalyst for the development of new commerce platforms and/or the refinement of existing platforms. A few months ago, Mark Zuckerberg announced the establishment of the Facebook-Shop, which would allow small businesses to set up a shop in Facebook, and sell their products without requiring a separate commerce site. Two weeks ago we were informed that Facebook is dedicating an entire division to finances, and will create defrayment and payment solutions within the Facebook app – including WhatsApp and Instagram. Now a new Discover feature has been added to the Facebook app, which, a bit like Instagram, allows you to discover new products and stores. The Insights you can receive about your customers on Facebook/Instagram have also been expanded, Facebook’s Messenger can be used to provide customer service, and more. Product pages have been redesigned, allowing you to provide entire organized details of products, fashion brands will have the option of creating Previews for new collections, and so on.

The largest and most interesting development of them all is the Live Shopping – companies and brands will be able to post live videos (for example, videos sampling products or presenting collections), with sales being carried out directly from the video. For this purpose, purchase recommendation services are being added to Messenger in real time, which will allow businesses to provide swift personal consultation and raise the chances of conversion. Live acquisition services are now active only in the United States, but the prediction is that it will be available worldwide by next month. 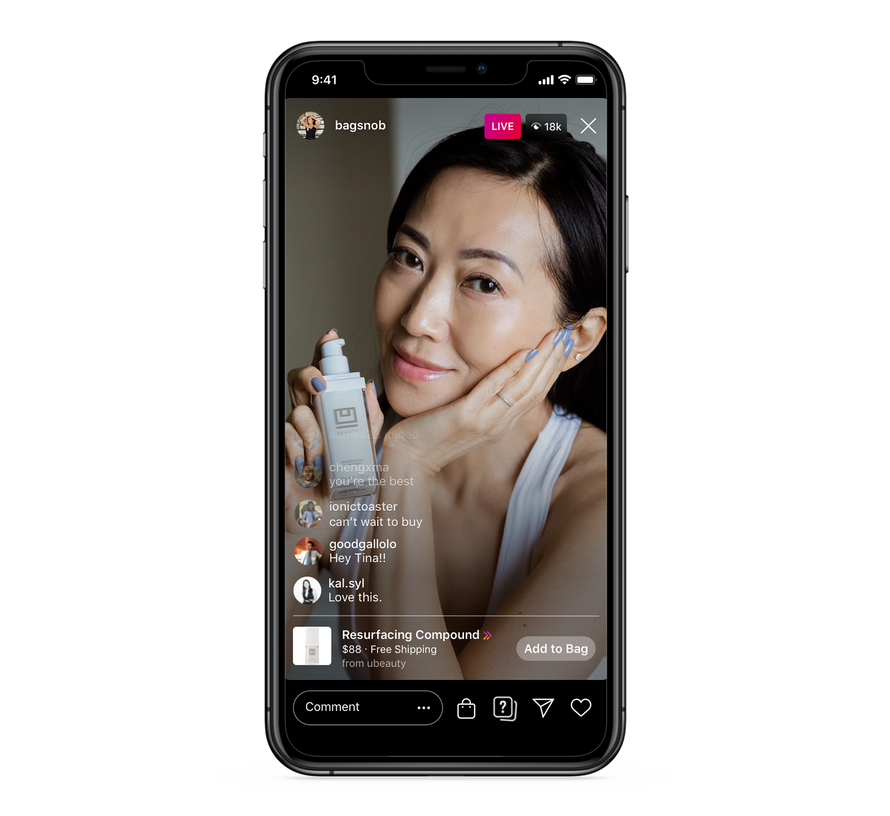 In the annals of the TikTok app it’s quite possible that an entire chapter will be dedicated to President Donald Trump. Why? Because once the President decided to take on the popular video clip app head-on, its stocks became highly popular. This week it was announced that Microsoft, having already spent a few good weeks putting together a deal to acquire TikTok in the United States, will be joining with the retail giant Walmart to carry out the acquisition deal. Greater than our surprise at discovering that Microsoft wanted partners, it’s interesting to look at the Walmart maneuver as a huge step towards a different retail giant – Amazon. A foothold in digital assets as significant as TikTok is a statement of intent on Walmart’s part, as deep down (or perhaps not so deep anymore) it wishes to compete with Amazon’s near-monopoly.

Tabula Determines: Use of Text in Video Ads Increases their Efficiency

Creating an effective digital ad consists of a long line of factors to consider – starting with correct targeting of the audience, through creating the precise marketing message for it and ending with graphics and visual means through which this message is communicated. Tabula published a tutorial video this week which explains why adding subtitles or text to video ads increases their efficiency. It turns out that according to Tabula, when we watch videos, between 16-24 percent of our attention is on the text. This would seem to be a disadvantage, as we’re less focused on visualization. However, the combination of several mediums telling the same message penetrates deeper and more efficiently into our brains. Note that text in video does not have to be subtitles – it can also be an infographic or another type of visualization. However, in Israel accessibility laws apply to video clips, so that you will have to incorporate subtitles regardless. Now you know why it’s not only important from a social perspective, but efficient in terms of advertisement.

Do You Have an App? Outbrain will Help

Marketing mobile apps is not a simple matter. In a world where everyone has responsive sites, the expectation for the everyday user to directly enter the application is exaggerated at best. But for some of the brands and companies, the app is itself the platform where the most conversions can take place, and so they want (and really, really want) as many users to download it and use it. Outbrain launched a new Native Ad last week, which increased conversions in the application markets by 90% (!). Using a special platform you can market the app to over one billion users, using leading publishers. Outbrain also allows optimization of each ad – so you can clearly understand the cost of your installation, and play with the budget as needed. The service includes an option to add logos, interactive GIFs and more.